Enlightenment Quotes to Lighten the Load 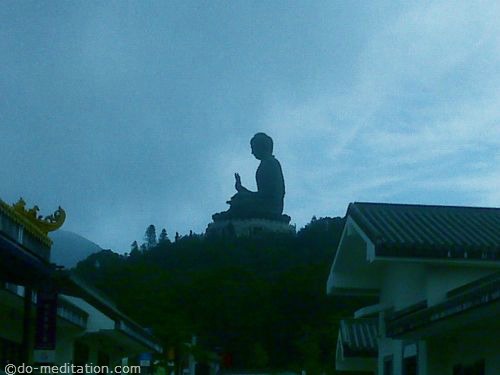 Enlightenment quotes on this page do not attempt to describe enlightenment, or nirvana, which is an event beyond words, but rather intend to motivate you to take that first step with the firm belief that you too can attain nirvana and freedom from suffering.

Majority of the quotes are buddhist quotes, as they come from practitioners of buddhism.

Buddhist monks quote from experience and give precedence to empirical evidence over religious theory.

What they say lacks religious overtones and serves as an excellent guide map to all on the path to enlightenment.

"Not creating delusions is enlightenment" - Bodhidharma

"Sit, then, as if you were a mountain, with all the unshakeable, steadfast majesty of a mountain. A mountain is completely natural and at ease with itself, however strong the winds that try to bother it, however thick the dark clouds that swirl around its peak. Sitting like a mountain, let your mind rise and fly and soar" - Sogyal Rinpoche

"If bliss is to scratch an itch, what greater bliss, no itch at all? So too, the worldly, desirous, find some bliss, But greatest is the bliss with no desire" - Nagarjuna

"If you wish to know the road up the mountain, you must ask the man who goes back and forth on it" - Japanese proverb

"Although at first our concentration may be very brief, if we persevere in the practice, it will progressively lengthen" - Geshe Rabten

"Everything can be used as an invitation to meditation" - Sogyal Rinpoche

"Everyone has a spirit that can be refined, a body that can be trained in some manner, a suitable path to follow. You are here to realize your inner divinity and manifest your innate enlightenment" - Morihei Ueshiba

"Meditation means many things: it means turning inwards; it means quiet observation, reflection and awareness of ourselves; it means to be conscious of consciousness, to become a detached observer of the stream of changing thoughts, feelings, drives and visions, until we recognize their nature and their origins" - Lama Govinda

"The process of breathing, if fully understood and experienced in its profound significance, could teach us more than all the philosophies of the world" - Lama Govinda

"If we do not control the mind, we will achieve nothing" - Geshe Rabten

"I can't say it strongly enough; to integrate meditation in action is the whole ground and point and purpose of meditation" - Sogyal Rinpoche

"The more the heart is an avid void, the more abundantly light will shine into it" - Thich Nhat Hanh

"Without a seed, there will be no plant" - Geshe Rabten

"The purpose of meditation is to awaken in us the sky-like nature of mind, and to introduce us to that which we really are, our unchanging pure awareness, which underlies the whole of life and death" - Sogyal Rinpoche

"May all embodied creatures, uninterruptedly hear the sound of Dharma issuing from birds and trees, beams of light and even space itself" - Shantideva

"When starting to practice, be eager like a deer trapped in a pen seeking to get out. In the middle, be like a farmer during harvest not waiting for anything. In the end be like a shepherd who has brought the flock home" - Paltrul Rinpoche

"Much of our planning is like waiting to swim in a dry ravine. Many of our activities are like housekeeping in a dream. Delirious with fever, one does not recognize the fever" - Paltrul Rinpoche

"When selflessness is seen in objects, the seed of cyclic existence is destroyed" - Aryadeva

"Just as it is known, that an image of one's face is seen, depending on a mirror, but does not really exist as a face, so the conception of "I" exists, dependent on mind and body, but like the image of a face, the "I" does not at all exist as its own reality" - Nagarjuna

"Like a magician's illusions, dreams and a moon reflected in water, all beings and their environments are empty of inherent existence. Though not solidly existent, all these appear, like water bubbles coming forth in water" - Gung Tang

"No matter how wonderful your present life comes to be, it is like dreaming about pleasure and then being awakened, with nothing left except memory" - Shantideva

"Awaken the mind without fixing it anywhere" - Diamond Sutra

May these enlightenment quotes convince you of the possibility of reaching 'nirvana' or 'bodhi' or 'awakening' in your lifetime.

These buddhist quotes succinctly express the whole idea behind meditation and our spiritual journey.

If you think about it, there really isn't too much to it, if we can just stop creating delusions and start seeing the selflessness of all objects.

The path looks long and tortuous given that monks spend entire lifetimes practicing meditation, but the idea at the heart of it is simple, and as shown by these enlightenment quotes, easy to implement once you grasp it fully.

The great Buddha himself said to his disciples, "There have been many Buddhas before me and there will be many Buddhas in the future. All living beings have the Buddha nature and can become Buddhas."

For this reason alone, he taught the way to enlightenment. I hope his words encourage and inspire you and these enlightenment quotes become useful aids in your quest for freedom.

Return from Enlightenment Quotes to Home