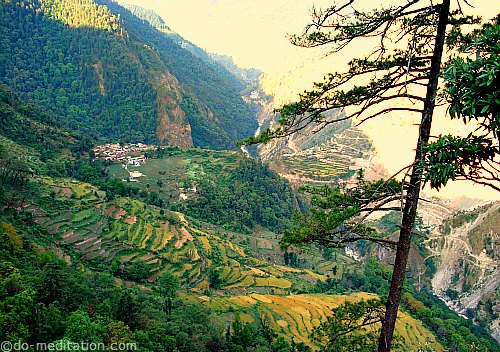 Meditation benefits accruing from regular practice have both physical and psychological dimensions.

In addition to a positive impact on overall health, meditation reduces anxiety, relieves stress, cures depression and even helps in pain relief.

(Reduce your chronic pain by half through meditation)

Although the medical community still debates the meditation benefits in treatment and convalescence, I believe the benefits are too enormous to ignore.

We just need to open ourselves to the idea of our internal reality deeply affecting our external one. Once we firmly grasp this truth, meditation will become both a preventive and curative tool for wholesome healing.

Science is empirical and so is meditation - observation and not "faith" is the keystone of the practice. It is time that modern science studied meditation in greater detail.

Better research-backed findings will lead to wider acceptance of meditation benefits, which will do incalculable good to our physical, mental and spiritual well-being.

Here are some findings of scientific studies on the beneficial effects of meditation published in the last few decades.

Dr. Wallace's research was on the impact of meditation on ageing.

In other words, a 50-year old meditator had the physiology of a 38 year old. Some subjects in Wallace's study had a biological age, an astonishing 27 years younger than their chronological age.

This was an interesting study in which the residents of eight homes-for-the-elderly, with an average age of 81 years, were randomly assigned one of four options: Transcendental Meditation, an active thinking program, a relaxation program, and a control group with no program.

After 3 years, all the members of the meditation group were still alive.

Survival rates in the other three groups were all lower. Among those residents who did not have a program, the survival rate was only 63%.

The effects of the Transcendental Meditation program in a maximum security prison (Folsom State Prison) were studied through two experiments involving a treatment and a control group with a 14-week treatment interval.

Significant differences between the Transcendental Meditation and control groups were found, indicating reduction in anxiety, neuroticism, hostility, and insomnia in the treatment group as a result of the meditation treatment.

Students were pretested, randomly assigned to TM or delayed-start comparison groups, and post-tested at 3-months and 6-months. Delayed-start students learned TM after the 3-month post-test.

The delayed-start group similarly had decreased theta/beta ratios and increased letter fluency at the 6-month post-test, after they practiced TM for 3 months.

Also, all students significantly improved on five ADHD symptoms over the six months of the study, as reported in the parents' survey.

The researchers concluded that the findings were significant enough to warrant additional research to assess the impact of TM practice as a non-drug treatment of ADHD.

The primary objective of the study was to examine mindfulness-based meditation therapy in Japanese cancer patients.

The subjects were 28 patients who were undergoing anti-cancer treatment. They participated in two sessions of mindfulness-based meditation therapy, including breathing, yoga movement, and meditation.

Each patient was taught the program in the first session, then exercised at home with a CD, and subsequently met the interviewer in a second session after 2 weeks.

Patients provided answers to pre- and post-intervention interviews about the meaning of their illness.

Results
Pre-intervention, themes such as “Effort to cope,” “Looking back,” “Spirituality,” “Personal growth,” and “Suffering” were often chosen.

Conclusions
Mindfulness-based meditation therapy may be effective for producing adapted coping, including positive recognition and changes for an adapted lifestyle.


The studies above clearly show the physical, mental, emotional and attitudinal changes that ensue even after short periods of meditation.

(How meditation rewires your brain in a single 20-minute session)

Hope these scientific findings on meditation benefits convince you to start soon with a meditation practice. You can begin with breathing meditation or mindfulness or with any one of these different types or techniques.

Return from Meditation Benefits to Home