"Why should you think He is not? The ether is filled with music that is caught by the radio - music that otherwise you would not know about. And so it is with God. He is with you every minute of your existence, yet the only way to realize this is to meditate" - Yogananda Paramhansa 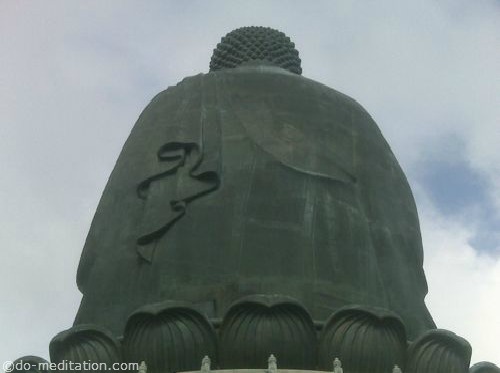 Constant awareness of the soul while performing daily activities transforms all activity into worship.

The kriya yoga technique involves practice of different levels of pranayama to accelerate spiritual development. It is divided into six stages with the practitioner required to master each stage before receiving initiation into the next one.

Since kriya yoga requires a guru to impart the full knowledge of the techniques to the disciple, the six stages can only be briefly stated here:

The fifth kriya, also known as the root kriya takes one from Guru Padam to Kaivalyam (liberation of cosmic consciousness).

Kriya yoga meditation awakens the spinal chakras through breathing exercises. There are seven chakras in total of which six pertain to the spinal column:

According to Yogananda Paramhansa (Autobiography of a Yogi), "the kriya yogi mentally directs his life energy (prana) to revolve upward and downward around the six spinal centers… one half-minute of revolution of energy around the sensitive spinal cord of man effects subtle progress in his evolution; that half-minute of kriya equals one year of natural spiritual unfoldment"

If you prefer not to affiliate with a particular guru or a system at the start and practice meditation on your own, then do look up mindfulness meditation, yoga nidra meditation, primordial sound meditation and this guide for breathing meditation techniques.

You can always decide to join a group later when you are more comfortable with your meditation practice and better aware of your exact requirements.