"The harder you work... and visualize something, the luckier you get" - Seal 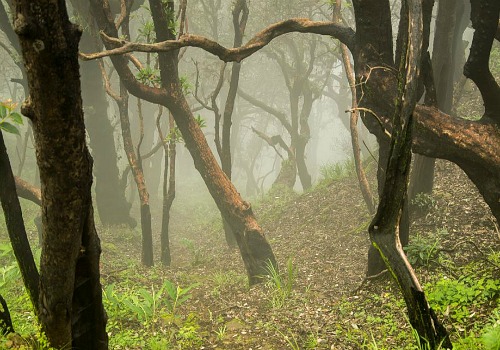 Celebrities like Jim Carrey, Barbra Streisand, Jack Canfield (Chicken Soup for the Soul), Arnold Schwarzenegger and others are all known to practice visualization meditation.

In fact, in the early stages of their career, many of them held mock get-togethers to play-act the success they envisioned for themselves in the future. These mock acts even had waiters and paparazzi to make it feel like the real thing.

Actor Jim Carrey for one, wrote a check to himself in 1987 in the sum of 10 million dollars, dated it 'Thanksgiving 1995' and added the notation, “for acting services rendered.” He visualized it for years until 1994 when he received $10M for his role in Dumb and Dumber.

While movie actors and actresses use visualization to envision success, pro-athletes, like Kobe Bryant, use meditation to stay focused during the tense moments of a game.

A golfer, on the other hand, visualizes the perfect stroke over and over again to mentally train muscle memory. This prepares his mind to withstand the pressure of a play-off and and his body to hit the perfect stroke for the tournament winning hole without having to think about it.

Wonder how Alex Rodriguez became baseball's MVP? By repeatedly playing the movie of achieving his biggest goal in his head.

That's what you need to do too.

If you want similar results, do visualization meditation and follow these four guidelines:

A meaningless statement like "I want to be rich" doesn't work. What does rich mean? $1 million or $10 million or simply owning a beachfront house with a Cadillac?

You have to be specific. You need to state your desire in exact terms. Example, "I will have $1mn of cash in bank by December 31st, XXXX.'

You are not going to wake up one day to find that a million dollars have suddenly popped up in your bank account. You will have to follow a process, a path to reach that goal.

What milestones do you think will you cross on that path? Your first $100K, half a million etc.

Imagine yourself achieving those milestones. How does it feel? What did you do to get there? How has your life changed upon reaching that step in your journey?

Doing it twice a day is best.

Once in the morning as soon as you wake up, and then right before going to bed. At both these times, your sub-conscious mind is primed for receiving instructions from the conscious mind. So feed it with your visions of future success.

Sit in a comfortable posture with closed eyes and spend 10-15 minutes visualizing.

Believe in your ability to reach your goals. Without an intrinsic belief and confidence in yourself, you will negate the benefits of your visualization work.

Staying positive and upbeat is crucial to giving your mind the space required to work on your goals and find you the tools for success. It will also help you stick to your habit of visualizing twice a day and not give up when you run into failure.