The Neuroscience behind Visualization Meditation

"Based on everything we know in neuroscience, change is not only possible, it’s the rule rather than the exception" - R. Davidson 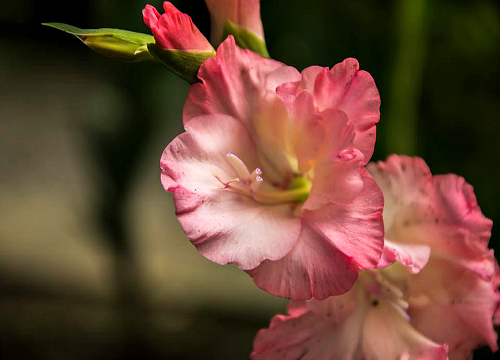 Visualization meditation redefines the possible for you.

What is an impossibility?

Something you can't conceive or imagine today. Just that and nothing more. It is not an independent reality that is unchangeable, but only your current state of consciousness.

No one thought man could fly until the Wright brothers came along. How about walking on the moon? Or seeing an event half way across the world from your living room? And you must be nuts to think you could talk to anyone, anywhere, anytime in the world!

Less than a century ago, these were impossibilities, but form the basic fabric of our lives today.

With visualization meditation, you first signal the "impossible" to your brain. By giving the brain a specific goal and imagining its attainment, you make the brain believe it is possible.

It is not so much the habit that restrains you from success, but the context in which that constraining habit thrives. If you change the context, move to another town, house, get new friends, you can lose the old habit and move toward success.

If the cold, damp weather of Chicago depresses you and eats into your productivity for four months every year, maybe it's time to move to Phoenix and claim those months back.

With visualization meditation, you switch the mind into positive mode by paying attention to your goals and desires. That's the first step toward attracting the positives into your life.

Always do your visualizations in first person because that activates the motor cortex (action centre) of your brain strongly. Imagination that stimulates this part of the brain is known to improve weight lifting performance, diving performance and swimming flexibility.

Imagining success and how you will behave once you are already there, activates the action centre of your brain. So practice imagining in first person.

This is the GPS or navigation system of the brain. It is responsible for taking you to your goals.

PPC is activated by thoughts and feelings, which it can pick up unconsciously, and starts to move you toward your goals before you even know it.

Visualization meditation strongly influences the PPC, which then instructs your brain's action centre to get going. Once the mind is seeded with possibility, it starts looking for examples of how people before you did it. It dwells upon the exceptions who did it. It believes it can do the same for you.

It goes out and 'finds' the resources and tools you will need to achieve your goals.

Brain is an exceptionally obedient tool if it gets specific information to work with.

The more specific information you feed into the brain, the more effective the result.

Removing ambiguity from the process by defining crystal clear goals helps the mind quickly figure out the best path forward.